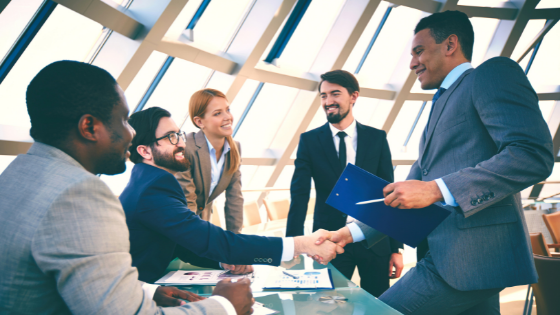 When a contract is not performed as promised, the other party may have the right to claim damages for breach of contract.  The amount of liquidated damages payable will depend on the terms of the contract and, if the contract is unclear, then on what can be established as ‘reasonable and provable losses’ flowing from that breach.

In many cases contracts are silent on specific remedies such as payment of damages for breach, and so the matter is left to be determined through evidence presented in Court.  To avoid the potential for litigation and the associated damage to relationships, it is prudent for procurement professionals to specifically address the issue of damages for breach within the terms of the contract itself.

Of course, the ability to invoke any clause related to breach of contract requires inclusion of very clear and specific service levels or other contractual outcomes and expectations.  Without some meaningful pre-determined metrics to measure performance, any ‘damages for breach of performance’ provision is of little use regardless of how it is worded.  Likely more time will be spent arguing over whether there was in fact a breach, than over the actual amount of damages.

This is the type of provision that most procurement and contracting professionals are familiar with, and is usually stated in terms such as:

“In the event of a breach of provisions x, y or z of the contract, the Contractor agrees to compensate the Owner for all reasonable out of pocket expenses incurred as a result of the breach.”

While this approach appears simple and clearly stated, the reality is that it often leads to a dispute over the precise amount of ‘reasonable out of pocket expenses’.  The Owner must present evidence of losses to the Contractor, and the Contractor must agree to any final determination.  All this takes place when the relationship has already broken down to a certain extent, so is more likely than not to wind up in Court if the amount is significant.

In summary, this kind of provision allows for full recovery of reasonable, established losses but it requires the parties to agree on that amount after the breach has occurred.

Rather than a general ‘reasonable losses’ approach, a liquidated damages clause specifies a predetermined amount of money that must be paid as damages for failure to perform under the contract.

Again, the ability to enforce these clauses hinges on clear, specific and measurable contractual outcomes.  And although these types of damages provisions are often referred to as penalty clauses, keep in mind that the amount specified is supposed to be the parties’ best estimate at the time they signed the contract of the damages that would be caused by a breach.  Such provisions really aren’t designed to penalize, rather they aim to allow recovery of reasonable losses associated with poor or non-performance.

In summary, this kind of provision does not require after-the-fact agreement on a specific amount, however it limits the owner’s recovery to the amount specified regardless of actual losses incurred.

As an example of the appropriate use of liquidated damages, let’s consider a municipal construction project that is dependant upon completion by a specified date in order to take advantage of federal infrastructure funding.

Under these circumstances any delays in completion will result in direct financial losses to the owner, so it is critical to ensure the contractor is both aware of the implications and financially accountable for any such delays.

Contract language, which would be disclosed as part of the RFx process, may look something like this:

“The date of completion is a material part of this Contract.  Should the Bidder fail to complete the work within the time specified or any enlargement thereof by the project Engineer/Coordinator, the Bidder shall pay the Owner $0.67 for every dollar of uncompleted works which represents the portion of the project funded by Federal Infrastructure funds and, in addition, $1281.70 per day for project staff and consultants for each and every day that the work remains incomplete and not ready for final acceptance by the Owner after the time specified for the completion thereof or any enlargement thereof by the Project Engineer/Coordinator.  This applies whether the Contract has been forfeited or abandoned by the Bidder or not.  It is mutually agreed between the Owner and the Bidder that the amounts stated above shall be considered as predetermined and ascertained liquidated damages. The formula for calculating the daily rate for consultants and project staff is as follows:

The Certificate of the Project Engineer/Coordinator as to the number of days that the project is overdue beyond the completion date shall be final between the parties.

The Bidder shall not have to pay liquidated damages for any delay caused by events described in the Force Majeure clause of the contract.”

As you can see, this very precise formula leaves no room for ambiguity.

It is crystal clear to bidders what the financial repercussions of delay will be, and how the amount is to be arrived at. The second to last clause may leave open the possibility of recovering losses beyond the liquidated damages specified, but the vagueness of that language may result in difficulty enforcing it.

With such a provision there is of course the risk that bidders will factor a ‘risk premium’ into their pricing to cover the possibility that the project will encounter delays and they will have to pay the stated damages. By specifying that delays beyond the bidders’ control (the ‘force majeure’ clause) will not be subject to liquidated damages, however, bidders can take some comfort in their own capabilities to complete on time.

If the contractual expectations are clear and measurable, and if the bidder is agreeing to abide by those expectations, then (in theory) the capable bidder should have no problem suffering some consequences if it doesn’t achieve what has been agreed to. And by ensuring a well-defined and final mechanism for determining the extent of any delay, such as the Certificate by the Project Engineer in this case, the owner is eliminating a potentially lengthy and protracted dispute around the calculation.

This entire provision would also be incorporated into the contract with the successful bidder and would govern the management of potential delays during project rollout.  In circumstances where you determine that a liquidated damages provision would be advantageous, we suggest this example provides a reasonable and balanced approach to mitigating the financial risk to the owner related to project delays.

While specific financial remedies may be a deterrent for unsophisticated bidders, it is important for every contract to include graduated remedies to address issues of poor and non-performance. Just as you must clearly spell out agreed-to service levels or delivery requirements in specific and measurable terms, you must also have some contractual recourse in the event that those obligations are not met. Without such provisions, managing the contract becomes an all-or-nothing endeavor where your only recourse may be to terminate the contract.

Coupling reasonable liquidated-damage clauses with incentives for exceptional performance provides more balance for both the contract and the relationship, but such a discussion is beyond the scope of this article.  If you would like more detail on structuring a broader performance management framework for inclusion in your contracts, check out our online course PSPP 203 Managing and Evaluating Contract Performance: https://theprocurementschool.com/product/pspp-203/

About the Author: Maureen Sullivan, Director of Education at The Procurement School

Maureen is responsible for our curriculum design, customer liaison, and instructor development. Maureen has been an instructor and curriculum designer with The Procurement School since 1995. She also played the role of President at The Procurement School for over a decade. An experienced litigator, mediator and dispute resolution practitioner, Maureen has an in-depth knowledge of both procurement law and contracting issues with particular expertise in negotiations. She is the author of A Guide to Practical Procurement, and in her spare time she volunteers with Restorative Justice.

We use cookies on our website to give you the most relevant experience by remembering your preferences and repeat visits. By clicking “Accept”, you consent to the use of ALL the cookies.
Reject AllAccept
Manage consent