Canada, We Have a Problem 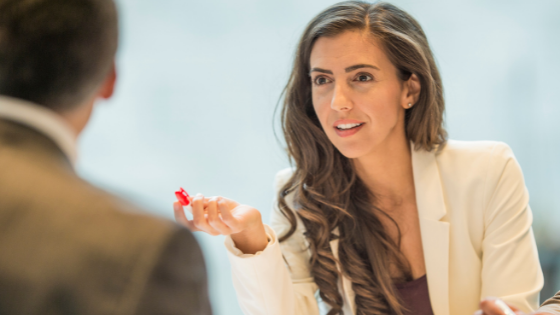 By The Procurement School

Whistleblowers can change the world. And the world needs changing. As dramatic as it may sound, real change requires brave actions and loud voices.

However, unveiling corruption and fraud can come with repercussions and grave consequences, including the loss of livelihoods and even lives.

Protect them we must, as whistleblowers play a vital role in unveiling the nefarious actions that undermine democracy and have corrosive effects on society. Around the globe, whistleblowers have played a significant role in blowing the lid off of the wrongdoings of Cambridge Analytics, Perdue Pharma, Facebook and countless others, ushering in a new era of accountability.

However, Canada, and more specifically, it’s public procurement, is falling behind.

Procurement holds great power. And with great power comes great responsibility, and along with it, the opportunity for fraud and corruption. Unfortunately, when transparency and accountability are lacking, opportunities are exploited, and corruption flourishes.

Rather than safeguarding taxpayer dollars and ensuring optimal allocation of resources through procurement best practices, fraud and corruption in Government contracting can lead to increased costs and safety risks.

For example, the lives of Military members deployed to war zones were put at risk by a U.S. Government contractor who failed to maintain nine helicopters in accordance with contract requirements. Despite not meeting requirements, the aircrafts were certified as “fully mission capable.”

5 Ways in which Government contractors may commit fraud include:

Canada has fallen far behind other countries in supportive legislation that helps combat corruption, and it’s no small deal. In the U.S., the 2021 False Claims Act is successfully being leveraged to motivate whistleblowers through financial compensation and protect them from retaliation, making it unlawful for employers to suspend, discharge, threaten or harass the whistleblower for their actions.

According to Whistleblower law firm Hagens Berman, “The False Claims Act authorizes whistleblowers to sue companies and individuals that defraud the Government. These suits are filed under seal in federal court and investigated by the Department of Justice. In return, a whistleblower is rewarded by the Government with a significant portion of any recovered funds. In a successful suit, the whistleblower can receive between 15 and 30 percent of the Government’s overall recovery.”

In the case of the unsafe Military aircraft, AAR Corp and its subsidiary, AAR Airlift Group Inc., agreed to pay $11,088,000 to resolve the allegations and the whistleblower who exposed the contractors was awarded over $2 million.

In 2020 alone, the act recovered over $2.2 Billion from False Claims Act cases.

While Canada’s current legislation focuses on handling allegations of transgressions, it almost completely fails to protect public or private sector whistleblowers from retaliation or deleterious effects.

To keep whistleblowers safe and encourage them to step forward, Canada must update its legal framework and align with internationally recognized best practices.

“The Public Servants Disclosure Protection Act (PSDPA) gives federal public sector employees and others a secure and confidential process for disclosing serious wrongdoing in the workplace, as well as protection from acts of reprisal. It is part of the Government of Canada’s ongoing commitment to promoting ethical practices in the public sector.” —  Government of Canada.

Despite its intention, as submitted by Transparency International Canada, the PSDPA has some major shortcomings that have brought its effectiveness in protecting whistleblowers into question.

Secondly, there is an egregious lack of laws to prevent any reprisals from being taken in the first place.

Transparency International Canada warns that there are currently no steps being taken to bring Canadian laws in line with best practices, despite Canada’s G20 commitment. Moreover, despite the Treasury Board’s legal obligation to conduct a five-year review of the legislation and report on the review to Parliament and the Senate, to date, no review has been conducted.

To say this is unacceptable is to minimize its impact. It is abhorrent and a disservice to Canadians.

Corruption is known to impede investment and a country’s economic growth. However, in the end, citizens are the ones who suffer, as ultimately, if left unchecked, corruption leads to deteriorating education and healthcare and contributes to lowering the standard of living.

Critically, corruption leads to loss of trust between citizens and Government, can perpetuate inequalities and escalate to conflict, violence and extremism.

Canada, we do, in fact, have a problem!

Lifting the veil on the misconduct that plagues our Government spending is the first step in ensuring we do better. We need to look only to our neighbours to see the incontestable impacts of robust and efficacious whistleblower laws. It’s high time we follow suit.

We welcome you to explore our public sector procurement offerings for your team at https://theprocurementschool.com/webinars-trainingformyteam/