the trinity of risk allocation in contracts: limitation of liability, indemnity, and insurance 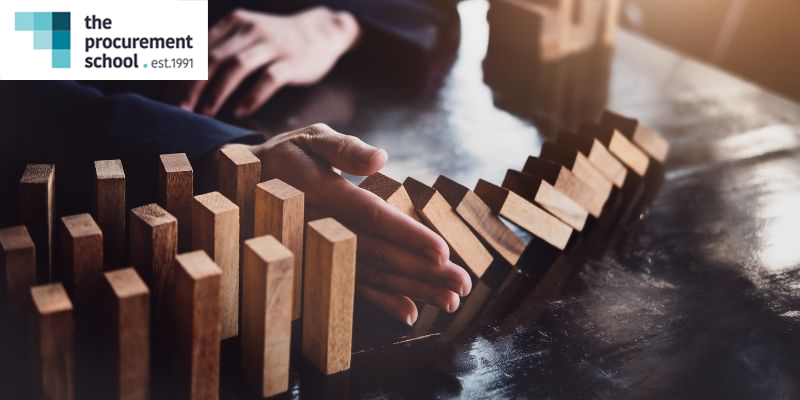 Limitation of Liability (LOL) – The limitation of liability clause typically has two functions. First, it seeks to limit liability of direct damages by exclusion. The “exclusion of indirects” clause will normally exclude liability for indirect or consequential damages, aggravated, punitive and exemplary damages. Second, the LOL clause is often accompanied by a cap on the amount a party will be liable for. Here’s an example:

IN NO EVENT SHALL EITHER PARTY BE LIABLE UNDER THIS AGREEMENT TO THE OTHER PARTY OR ANY THIRD PARTY FOR ANY CONSEQUENTIAL, INDIRECT, INCIDENTAL, EXEMPLARY, SPECIAL OR PUNITIVE DAMAGES WHATSOEVER, INCLUDING ANY DAMAGES FOR BUSINESS INTERRUPTION, LOSS OF USE, REVENUE OR PROFIT, COST OF CAPITAL, LOSS OF BUSINESS OPPORTUNITY, LOSS OF GOODWILL, WHETHER ARISING OUT OF BREACH OF CONTRACT, TORT (INCLUDING NEGLIGENCE), ANY OTHER THEORY OF LIABILITY OR OTHERWISE, REGARDLESS OF WHETHER SUCH DAMAGES WERE FORESEEABLE AND WHETHER OR NOT THE BREACHING PARTY WAS ADVISED OF THE POSSIBILITY OF SUCH DAMAGES.

Limiting liability is a common and accepted practice. It is generally understood that a prudent business owner will not expose its entire operations to the risk of a single business transaction. What is a reasonable cap is not a science; it will depend on what can be negotiated. Typically, the cap is set at a specific dollar amount, the value of the contract, the amount paid up to the event giving rise to the claim, or a multiplier of such amount.

Certain jurisdictions consider these clauses to be unenforceable unless they are conspicuous or are drawn to the other side’s attention prior to signing which is why these clauses are often drafted in capital letters.

Indemnities – An indemnity is essentially a built-in insurance policy between the contracting parties. The indemnity is usually drafted using ‘hold harmless’ language which is an expression that offers the beneficiaries 100% compensation for all losses and expenses … right down to the last penny. This is an exceptional remedy because the judge made law on damages would normally set limits on what is recoverable, while the indemnity does not.

Party A shall defend, indemnify and hold harmless Party B against all losses and expenses suffered by Party B resulting from Party A’s:

(a) breach of this Agreement;
(b) negligence or wilful misconduct; or
(c) violation of any law.

Here, Party A is essentially insuring Party B for Party B’s losses caused by Party A’s breach, negligence/wilful misconduct or violation of law. Unlike with insurance policies however, there is no deductible payable by Party B and no exclusions from the contractual insurance policy – an exceptional protection for Party B.

Insurance – Most people are familiar with the benefits of insurance as the average person has insurance for their car or home. If there’s a third-party claim against the insured party, insurance pays for the legal defense and ensures the funds are available to pay out the claim.

During the Term Party A shall, at its own expense, maintain and carry in full force and effect a comprehensive general liability insurance policy with limits no less than $[AMOUNT] for each occurrence and $[AMOUNT] in the aggregate, which policy will include contractual liability coverage insuring the activities of Party A under this Agreement.

Including an obligation to carry insurance is essential when dealing with a company that may not have sufficient assets to cover their liabilities. The type of insurance and coverage will depend on the specific facts and the nature of the transaction.

When there’s a claim, the insurance company will take over defense of the claim, pay for legal fees, and will have the means to pay out the claim, subject always to the coverage limits. The resolution of disputes is often facilitated by the involvement of insurers as they tend to take a mathematical, non-emotional view of legal actions which is not always the case when dealing with the actual parties to the agreement.

Does every contract need the trinity of clauses?

Must all contracts include this set of clauses? No. Just as not every French recipe needs the mirepoix, not every contract requires the trinity of risk allocation provisions. Without these clauses, the judge-made rules apply to assign liability for injuries. Under judge-made law, the person who caused the damage is usually the person that will be liable to pay damages.

If judge-made law fills in the gaps, then why bother including the trinity clauses?

The law of damages is complex and not often predictable; you are at the mercy of the courts. The trinity provides certainty where the judge-made law does not.

Other good reasons to use these risk allocation clauses include the following:

(a) it may not be appropriate in the particular context to rely on the allocation of responsibility imposed by judge-made law; and/or
(b) the parties want certainty on what each will be liable for if it causes an injury, and how much it will be liable for; and/or
(c) the parties want to ensure they will be able to access sufficient funds (eg. through insurance) from the other party if there’s damage/injury; they want to ensure that the party-at-fault won’t be judgement proof.

The interplay between the trinity clauses

There is a point of intersection where the limitation of liability, indemnity and insurance meet that anyone working in contracts always pay attention to.

As referred to above, insurance is usually requested to ensure the insured is not judgement proof, meaning that the insured party will have the funds to pay out a claim should a claim arise.

The indemnity clause is often included to back up the insurance claim, with a view to strengthening the injured party’s entitlement to compensation under the other party’s insurance policy. For example, if a party (the insured) carries comprehensive general liability insurance, the policy may pay for contractual liabilities to third parties arising from the insured’s negligence. If the contract has a strong indemnity, then the hold harmless clause will solidify the basis for the third party claim for compensation, and ensure the injured party’s entitlement to all losses and expenses is clear and incontrovertible; the insurer will have to pay out the funds because the contract requires it to. If there’s no indemnity, then the insurance company might have arguments that support its nonpayment based on those uncertain judge-made law principles, making it harder for the injured party to recover.

In terms of the overall interplay of the clauses, it’s always important to ensure the limitation of liability does not operate to limit the amounts available pursuant to an insurance policy or indemnity.

As discussed above, it’s important to consider the limitation of liability, indemnity and insurance as a sort of contractual “risk allocation regime” that operates as a whole, like the mirepoix mix in French cuisine.

To determine how that regime should be structured, the best approach is to identify the key risks associated with that particular transaction and whether you, as the contracting party, are in a position to assume that risk or whether you should transfer the risk to the other party. The answer to that question is context sensitive.

For example, assume you’re a supplier of inexpensive commercial bolts. Your bolts are manufactured in a faraway country and sold in batches of 10000 at 0.1 cents/bolt.

Is it reasonable to for the bolt manufacturer to assume the risk of the bolts being used in constructing a plane? For a 0.1 cent bolt, would you accept to be exposed to billions in liability? Likely not, as your company wouldn’t be in business very long. In a contract for the sale of these bolts, I would expect there to be either a very a low cap on liability, or a complete disclaimer of liability for use of those bolts by purchasers. I would also expect the contract to be silent on indemnities for bodily injury or property damage. Seller: “Hey, you paid less than 1 cent for this bolt and used it to hold a plane together? That’s on you, purchaser. That’s not a risk I am assuming.”

Under judge-made law, the bolt manufacturer might be held liable as the manufacturer of the bolt, however under contract it can (and should) shift that risk to the plane manufacturer by drawing from the trinity clauses.

As illustrated by this article, while not essential ingredients to a contract, the trinity of risk allocation in contracts serves many purposes and the structure of the provisions is context sensitive.

The risk allocation provisions are often the most complex aspect of a commercial transaction. This is why, when considering these issues, it’s best to pull in your subject-matter experts such as the company risk manager, your insurance broker and legal counsel so that together, the negotiating team can ensure an appropriate balance of each ingredient is ultimately built into the final contract.

If you found this article of interest and would like a closer examination, join the president of NECI — Maureen Sullivan — online on July 17th for for our 90 min Webinar “Rethinking your Risk in Today’s Economy”.

Lise Patry, an instructor with NECI, is a lawyer and former business executive with a strong background in technology and more than 20 years of business and legal experience in the public and private sectors. As principal of LXM Law, in addition to general law, she offers virtual counsel services and specialized expertise in contracts, licensing, government procurement and corporate governance. She can be reached in Ottawa at (613) 601-6333 or [email protected]