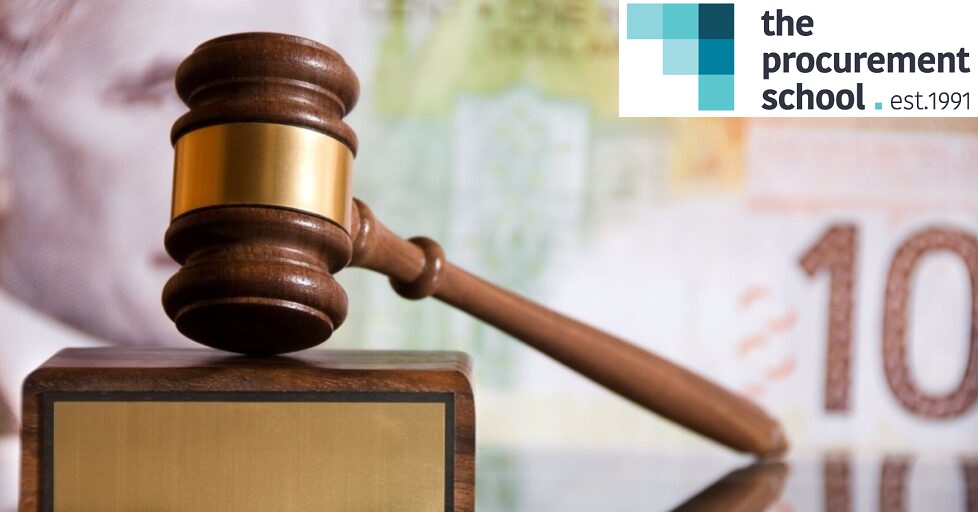 A recent decision of the Ont. Superior Court of Justice considers the respective obligations of an owner and bidders in a competitive dialogue process – the owner must act fairly and in accordance with the terms, and the bidder must comply with the requirements of the RFP that commences the process, regardless of whether Contract A applies. The decision also reviews whether damages are available to a disqualified bidder in such a process.

The City of Brampton’s (“the City’s”) decision to build more office space for its administration prompted a consideration of the appropriate procurement model. Several factors made the procurement challenging: the site had not been chosen; City Council directed that no debt would be incurred and taxes would not be raised; the City would own the new space; City Council was open to a public-private partnership pairing the City space with commercial development, and the project could include a library. In short, there were a lot of variables at play with this procurement process.

The City Council chose a competitive dialogue process, initiated by an RFP which included these respondent obligations: to contact only the City’s purchasing division, sign a specified confidentiality agreement, make no public announcements or disclosure in media, and conduct itself in accordance with the RFP and in good faith. The RFP identified the evaluation committee and process as involving only City staff, although an outdated version of an RFEI for the same project had included some Council members on the evaluation committee.

The submission from Inzola Group Limited (“Inzola”) was disqualified from the competitive dialogue process, and Inzola sued the City for $25 million in damages advancing two alternative bases: expectation damages as Inzola would have secured the contract but for the improper disqualification, or, if disqualification was proper, Inzola would have been awarded a contract in a future RFP process for the same project.

Plaintiff’s Relationship with Elected Officials and Response to RFP

The plaintiff’s (Inzola) principals and related companies had donated to the campaigns of the mayor and all but one of the councillors, and the mayor had attended family weddings of one of Inzola’s principals. Inzola had built the City’s original city hall.

In tandem with Inzola’s submission, the latter’s lawyer requested that Inzola present directly to City Council members, and advised that Inzola refused to sign the prescribed confidentiality agreement – objecting to the broad scope of commercially sensitive and proprietary information. Inzola then requested to be added to Council’s agenda in order “to discuss an impasse that had been reached with respect to the RFP process [regarding] the . . . Confidentiality Agreement . . . and the opportunity for each Proponent to present Final Submissions with pricing to Council”.

Inzola followed up with a message to the City Clerk that “[e]ither we do it in Council or do it through the press”. Inzola’s lawyer then wrote to the Mayor and Council reasserting Inzola’s position. After Council declined to hear Inzola, its principal gave an interview in a local paper, stating that Inzola would not participate in a secret process.

Throughout the above sequence of events, City staff frequently sought advice from its fairness advisor, who consistently advised that – as the City was obliged to follow the terms of the RFP – only the evaluation committee (and not Council members) could review the submissions; City staff could not meet with Inzola to review the latter’s concerns about the confidentiality agreement; Inzola had withdrawn from the process by its conduct and any second chance would raise fairness issues; a submission to Council would be a “fatal breach of the RFP and would contravene principles of fairness and equity”; and finally that Inzola had violated numerous provisions of the RFP process and its actions “have the potential to seriously jeopardize the entire RFP process and at great costs to the City, its taxpayers, and the other two Respondents.”

City staff and Council members wavered and failed to follow this advice throughout the above events – thus prolonging Inzola’s attempts. It is important to note that, despite reservations about the fairness advisor’s advice, no elected officials communicated or met with Inzola.

The evaluation committee continued to review proponents’ submissions, including from Inzola, and then finally followed the fairness advisor’s advice and disqualified Inzola for breaching the sole point of contact, confidentiality and media releases-public disclosure provisions of the RFP.

Inzola alleged that Council members, the Mayor and some City staff were biased against Inzola and in favour of the successful bidder; the City had promised a fair, open and transparent process before the RFP’s issuance and then reneged; the confidentiality agreement was overly broad and precluded Inzola from a direct presentation to Council; and the prohibitions against direct contact and media comments did not apply when Inzola was expressing a concern about the process and not lobbying Council.

The decision analyzed two main areas of law that are relevant to procurement professionals.

The RFP included this provision: “This RFP does NOT constitute an offer by the City of Brampton to contract. Neither does this RFP, nor will any Submission, constitute such an offer or create any contractual or other obligations whatsoever . . . . Only the execution and delivery of a contract between the City of Brampton and a Respondent will obligate the City of Brampton in accordance with the terms and conditions in such a contract.” It also included a privilege clause that stated that the lowest or any tender would not necessarily be accepted. At trial all parties agreed that Contract A did not apply to this RFP process.

The court found that:
• the City had discharged its obligation to act in good faith at common law;
• statements made pre-RFP cannot materially change the terms of an RFP or add to a proponent’s rights;
• Inzola breached the terms of the RFP in the three ways identified by the fairness advisor;
• agreements to agree or agreements to negotiate are not enforceable, as they lack the certainty needed for a valid contract;
• courts cannot and should not embark on a hypothetical inquiry as to how a competitive dialogue would have unfolded, and what construction contract would have resulted; and
• if Inzola were entitled to damages, those would be limited to its expenses in responding to the RFP.

The court ruled that:
• a few intemperate remarks by City staff (some in reaction to Inzola’s public criticism) and minor amendments to minutes do not amount to bias;
• there was no evidence of attempts by Council to improperly influence the evaluation committee; and
• a few connections between the successful bidder and the City Manager with the same political party is not evidence of bias in the financial evaluation and was rebutted by the financial advisor’s rigorous process.

Notwithstanding the dismissal of Inzola’s claim, the court included a detailed damages calculation to be used in the event of a successful appeal on expectation damages and assumed that construction costs and net profits would be similar to the other two bids – resulting in potential damages of $7 million.

Reasons for the City’s Success

The evaluation team’s reliance on professional, experienced and impartial fairness and financial advisors was a significant factor in the City’s defence. Although the team and other senior staff had initially hesitated to follow the fairness advisor’s advice (due to questions from some Council members), as Inzola increased its pressure staff found its resolve. The court acknowledged that staff was aware of Inzola’s relationships with elected officials and how important it was to maintain a line between the officials and the evaluation team.

This case illustrates that courts will work to achieve a commercially reasonable result, especially when a procurement process has taken several years and is conducted properly and in manifest good faith by public servants working diligently under trying circumstances.

Inzola advanced novel arguments that conflated Contract A/Contract B and RFP concepts. This quote from the judgment summarizes the court’s conclusion on these arguments: “[w]hen you have a Contract A by definition you know all the terms of Contract B. Calculation of damages is fairly straight forward. In the case of an RFP, and particularly in this RFP that called for Competitive Dialogue, determining expectation damages requires a highly speculative process of attempting to determine how a negotiation process would have unfolded”.

An appeal seems likely given the amount of Inzola’s claim and the extensive pre-trial proceedings. Stay tuned as we continue to follow this litigation.