what should happen if an rfp is cancelled after the contract value is disclosed? 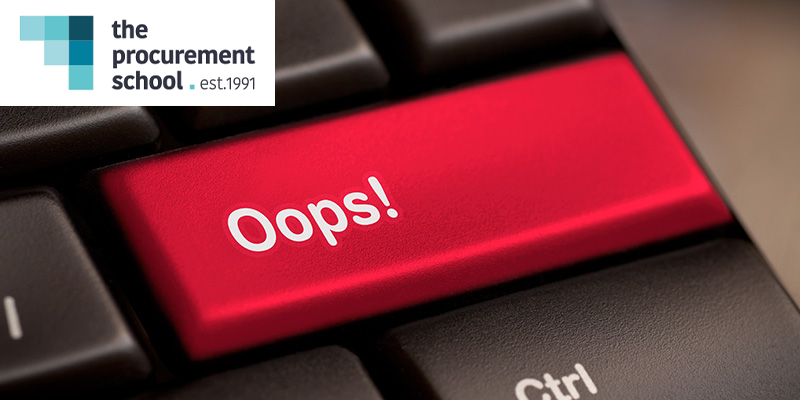 In June 2017, the Department of Public Works and Government Services (“DPWGS”) on behalf of the Department of National Defence (“DND”) issued a Request for Proposals for supplying 16 replacement electro-hydraulic marine cranes for the Royal Canadian Navy’s Halifax Class ships, along with an option to purchase 14 more cranes of the same design.

The bid closed on August 25, 2017, after nine amendments to the original request (none of which is relevant to this complaint). DPWGS received four bids, including the one from Hawboldt Industries (“Hawboldt”). In early September, the DND began evaluating the technical requirements of the bids, and in mid-September informed DPWGS that none of the bids was compliant.

Rather than cancel the process, DPWGS invited all four bidders to rectify their submissions by providing additional information, including additional supporting data. All responses were received by September 27, 2017, and the following day DND advised DPWGS that only two bidders were now compliant. Of the two, Hawboldt had the lowest-priced bid. The DND also confirmed that Hawboldt had the necessary security clearance to work on the project. DPWGS confirmed on October 2, 2017 that Hawboldt also passed DPWGS’s integrity eligibility check, and on the same day emailed Hawboldt informing them that their bid would be recommended for contract award. Two pre-award due diligence checks had yet to be completed: DPWGS needed both to clarify Hawboldt’s position regarding litigation rights and to confirm Hawboldt’s pricing.

Hawboldt confirmed its pricing on October 2, 2017 and clarified its position – favourable to DPWGS – on the litigation rights clause on October 4, 2017. However, on October 3, 2017, DPWGS emailed DND to request an amendment to the procurement’s monetary value so that Hawboldt’s bid price could be met, as the bid price was higher than the approved requisition estimate. DPWGS did not disclose to Hawboldt that this precondition to the award was still outstanding.

Before the DND approved this amendment – which they did on October 12, 2017 – DPWGS sent regret letters to the three other bidders on October 5, 2017 and included in those letters the contract award value: that is, Hawboldt’s bid price. DPWGS had not yet issued the contract award to Hawboldt, and was in fact not authorized to do so before receiving approval from DND for the proposed amendment.

Two of the unsuccessful bidders objected to the results on October 5 and 6, 2017, raising concerns about the mandatory criteria evaluation. Following two telephone calls, on October 11 DPWGS confirmed by email to Hawboldt that it had included the contract award value in its regret letters to the other bidders. However, the issues raised by the unsuccessful bidders were significant, and DPWGS emailed Hawboldt a request for an extension of the bid validity period, explaining that the procurement was under review. Hawboldt agreed.

On October 23, 2017, DPWGS held an internal review meeting and determined that the entire solicitation should be cancelled and retendered. Hawboldt was informed on November 7, and on the same day raised concerns that its bid pricing was disclosed to the other bidders.

Hawboldt filed a complaint with the Canadian International Trade Tribunal (“CITT”) in December 2017, submitting that DPWGS improperly disclosed the contract value award to the unsuccessful bidders before issuing the contract award to Hawboldt. Those bidders could thus easily infer Hawboldt’s bid price, and since DPWGS subsequently cancelled the bid with plans to retender, Hawboldt argued that it was disadvantaged. Hawboldt submitted that DPWGS violated trade agreements by failing to preserve this confidential information until the procurement process had actually been completed.

The RFP stated that it was subject to the World Trade Organization’s Revised Agreement on Government Procurement (“AGP”), the Agreement on Internal Trade (“AIT”), and the North American Free Trade Agreement (“NAFTA”). Hawboldt submitted that DPWGS failed to act in accordance with Articles XV(1) and XVII of the AGP, Articles 510 and 1008(2)(a) of the AIT, and Articles 1014(3) and 1019(5) of NAFTA. These provisions concern DPWGS’s duties to guarantee the confidentiality of bids and to refrain from disclosing information that would prejudice Hawboldt’s ability to compete in future tenders, fair competition, and Hawboldt’s legitimate commercial interests. Hawboldt also noted that DPWGS’s disclosure also violated DPWGS’s own policy pursuant to sections 7.35 and 7.45 of DPWGS’s Supply Manual. The solicitation document was silent on the issue.

The Tribunal analyzed the trade agreements and found that Article 510 of the AIT does not impose an affirmative burden on the government not to disclose confidential information, but Article XV(1) of the AGP and Article 1014(3) of NAFTA does actually require that bids be kept confidential. DPWGS’s Supply Manual is not binding on either DPWGS or the Tribunal, as it is policy only, but the Tribunal held that it was instructive, particularly as it showed that DPWGS itself considered the confidentiality provisions of the trade agreements to prohibit disclosure of bid price values prior to contract award. The Tribunal held that this ground of Hawboldt’s complaint was valid.

In the previous decisions of Med-Emerg International Inc v Department of Public Works and Government Services (15 June 2005) PR-2004-050 (CITT), a bidder whose price was disclosed prior to DPWGS’s decision to cancel and retender the bid ended up being dramatically undercut by a competitor. The Tribunal awarded that bidder compensation in the form of lost profits. In Lengkeek Vessel Engineering Incorporated v Department of Public Works and Government Services (2 November 2006) PR-2006-022 (CITT), the Tribunal held that a similar disclosure fundamentally prejudiced the party, denying them the opportunity to tender properly. While DPWGS argued that Hawboldt would not here be so prejudiced, as the retender would be on different terms, the Tribunal held that Hawboldt’s ability to compete effectively would be harmed. The Tribunal specifically considered the low bar set by the language in Article 1015(8)(c) of NAFTA, which states that information that “might prejudice fair competition between suppliers” can be withheld (emphasis added).

The Tribunal thus determined that Hawboldt’s entire complaint was valid and awarded them damages (the precise value was not disclosed). The Tribunal also found that DPWGS had not acted in bad faith, despite the circumstances. In light of Hawboldt’s concession that it was proper for DPWGS to cancel and retender the bid, and, since they could re-bid on the project, the Tribunal considered what compensation would be best: it determined that lost profits was inappropriate, as the contract was never awarded and Hawboldt could still retender, but also noted that Hawboldt did suffer some degree of disadvantage if they chose to retender, as their competitors would know Hawboldt’s price – and thus the price to undercut – but Hawboldt would not know their pricing. Ultimately, the Tribunal decided that Hawboldt should be provided a sum that can offset that disadvantage, and is keeping that amount confidential until after the results of the retender are finalized.

The Tribunal also awarded Hawboldt compensation for its reasonable costs in preparing its bid, along with its costs in making and following through with its complaint to the Tribunal. The Tribunal has jurisdiction to order such costs, called, respectively, ‘bid preparation costs’ and ‘complaint costs’ (pursuant to sections 30.15(4) and 30.16 of the Act). In this case, The Tribunal found that Hawboldt participated in a bid tendering process that was cancelled due to design and evaluation errors that were entirely the fault of DPWGS, and as such deserved compensation for its costs in preparing that bid.