foi legislation: the cost of doing business with the public sector? 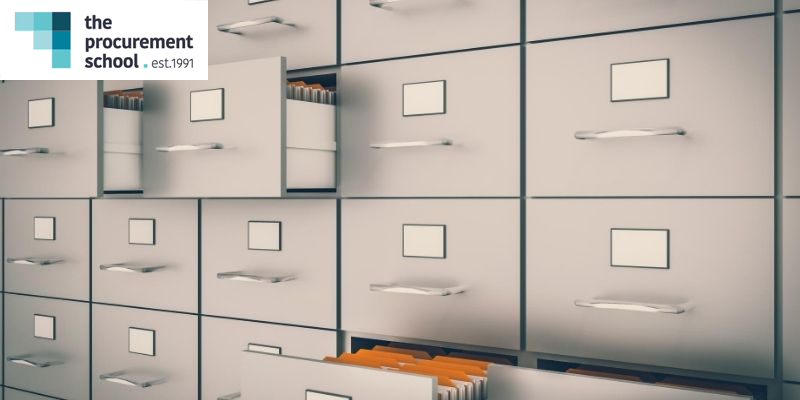 Suppliers doing business with the public sector may be in for an unpleasant surprise when they learn that their information can be released to outside parties once it comes into the hands of government. What I’ve heard from my clients: “What? No way. That’s all company confidential information! They can’t release that!”

As procurement professionals, it’s useful to understand just how far FOI transparency obligations extend to supplier information so that you can help sensitize suppliers to the public sector way of doing things before it’s too late. The quality of your relationships with suppliers depends on maintaining mutual trust, so there’s value in managing their expectations before they provide you with proprietary or other confidential information.

Most private sector suppliers invest a surprising amount of time and resources protecting confidentiality of their business information. They’ll tell you it’s absolutely critical that they do so because confidentiality preserves their competitive advantage. Whether it’s their pricing strategies, trade secrets, customer lists or negotiated contract terms, often nothing is shared outside the organization until a non-disclosure agreement (“NDA”) is signed. I’ve seen NDA’s that make the very existence of the NDA and the fact that the parties are having discussions confidential. The philosophy in the private sector is, if it can be protected by an NDA, it should be protected.

This policy of transparency is embodied in freedom of information (“FOI”) legislation that is in place across Canada at all levels of government. While this legislation gives everyone in Canada the right to access government-held information, it also recognizes that release of third-party information can only go so far. If there was no protection of third-party information, governments might never get bids or do any business with the private sector, as suppliers would see this as too big a risk to their business. (Remember where they’re coming from; some won’t even talk to you unless there’s an NDA in place.)

To strike a balance between transparency and confidentiality, there are special provisions in all FOI legislation that exempt certain third-party information from disclosure. The provisions typically look like this one from the Ontario Freedom of Information Act:

17 (1) A head shall refuse to disclose a record that reveals a trade secret or scientific, technical, commercial, financial or labour relations information, supplied in confidence implicitly or explicitly, where the disclosure could reasonably be expected to,

(a) prejudice significantly the competitive position or interfere significantly with the contractual or other negotiations of a person, group of persons, or organization;

(c) result in undue loss or gain to any person, group, committee or financial institution or agency; or…(labour relations exemption)

This seems straightforward enough; if it hurts the supplier’s business, then it won’t be released. Unfortunately, it’s not that simple.

A long line of cases have held that, for information to be exempted from release, the harm to the supplier has to be “material, undue” harm. It’s not enough for a supplier to claim that its competitive position will be impaired, which is what all suppliers tend to argue. FOI decision-makers require that suppliers provide direct evidence that significant prejudice or undue financial loss or gain will result from the release of information. Without direct evidence, which is normally supplied in the form of an affidavit, the decision-makers have consistently ignored supplier objections to releasing their information.

Does the existence of FOI legislation risk causing harm to the supplier’s competitive advantage? Absolutely. Courts and information commissioners understand that the release of supplier information may erode their competitive edge and that suppliers must accept this as the inherent cost of doing business with government. In the 2018 case Waterfront Development Corporation Ltd (Re) 2018 NSOPIPC 10 (CanLII):

Whether the requested information is negotiated contracts, successful or unsuccessful proposals, evaluation notes or supplier pricing, the reported decisions reveal that, when working with government, all supplier-provided materials are at risk of public disclosure.

What can Procuring Entities do to Help Unsuspecting Suppliers?

To help avoid unpleasant surprises for suppliers new to dealing with the public sector, procuring entities should proactively disclose the existence and implications of FOI legislation. This is typically done by embedding a provision in the RFx and contract templates alerting potential suppliers that the procuring entity is subject to FOI legislation.

As a final point, in the face of a public FOI request for supplier information, the procuring entity should always involve the supplier in discussions over what should, and should not, be released to a requester. This consultation with your supplier is a critical moment in time for the relationship because it allows the procuring entity to educate the supplier on the FOI rules, and to alert the supplier as to its rights to fight for the protection of its confidential information before anything is released. The supplier’s objection to release which would usually be made through a court application or submissions to the information commissioner.

Is the Cost of Doing Business with the Public Sector Worth It?

Does emphasis on government transparency have a chilling effect? Does it cause suppliers to turn away from government? Given the suppliers we know are currently working with government, including big companies like IBM and Microsoft, I think it’s fair to say that the breadth of contracting opportunities that government brings to the table offset much of this risk. To maintain the trust factor, however, it’s important to ensure suppliers enter into this public procurement world with eyes wide open. Even with this knowledge in hand, as history has shown, suppliers will still engage with the public sector, and allow government to tap into the enormous potential that partnering with private sector brings for the provision of goods and services.

Lise Patry, an instructor with NECI, is a lawyer and former business executive with a strong background in technology and more than 20 years of business and legal experience in the public and private sectors. As principal of LXM Law, in addition to general law, she offers virtual counsel services and specialized expertise in contracts, licensing, government procurement and corporate governance. She can be reached in Ottawa at (613) 601-6333 or [email protected]

0 thoughts on “foi legislation: the cost of doing business with the public sector?”